The real spritz is not what you think! The real spritz is  white, light and refreshing, which is all you need to face the humid Italian summer heat. Travelers who have joined our food & drink tours in Venice already know what I am talking about. And you reader…Do you know?  bin your ‘spritz’ folder and read this! 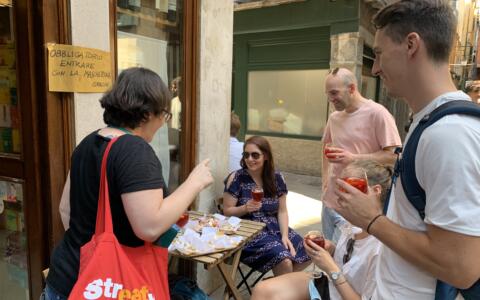 For Venetians having a spritz is more or less like having a coffee for southern Italians. “Let’s have a spritz!” this is the redundant invitation you get from your friends…or maybe your new date!

While in the rest of the country the spritz is just an aperitive drink, in Veneto the spritz is something you can have at whatever time of the day without taking the risk of ruining your sober man’s reputation. 11 AM bells mark the beginning of Spritz time!  This is the standard time for Venetians to take a sit at the bar and have a Spritz in good company. You’ll rarely see solo-drinkers overhere!

To drink a proper spritz in Venice you must enter a Bacaro or a cocktail bar. I know that sometimes researching involve lot of stress. So you might consider to simply rely on local experts instead of wasting time digging the web. Our evening food & wine tour of Venice  is all you need to get a real taste of Venice.

Let’s now understand where this weird name comes from! As the sound suggests, spritz is not an Italian neither a Venetian word! It is actually a German word! ‘Spritzen’ in German means ‘to spray’, and this is due to the fact that this beverage was born in the Triveneto area during the Austro-Hungarian occupation. Poor Austro-Hungarian soldiers, forced to handle these crazy Venetians, “infamous” for drinking mostly wine since there was lack of potable water in the lagoon.

Back home the Austro-Hungarians were used to have beers, so they had to find a solution to avoid getting drunk too easily. The solution was to dilute wine by spraying some selz water on it! And this is how the Spritz was born and quickly became popular in the lagoon.

SPRITZ BIANCO, THE ORIGINAL ONE 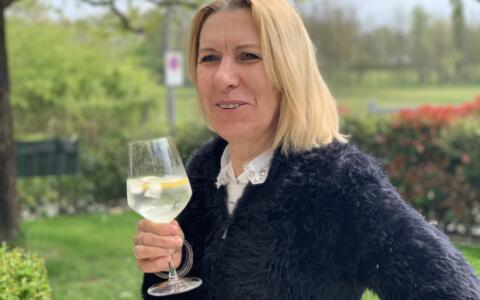 Originally the spritz consisted only of two elements: water and white wine. That’s all folks! From now on you know that the original spritz is just a white, light and fresh summer drink.
If you go drinking in the countryside of Veneto, try to order “uno spritz, per favore” and you’ll get is simply a white wine and seltz water drink.

As for the wine, it should be any regional firm white. However, the choice can differentiate accordingly to the location or the bartender’s personality, and it can be either Prosecco, which never lacks in Venetian cells, or any other kind of regional white wine. Being this the lightest version of the spritz, it is normal to see, especially in the bars of little towns, old people drinking it quite early in the morning. Once again, it is refreshing and it brings on a nice and long drinking session. The freshness feeling is enhanced by ice cubes and lemon slices.

THE ORIGINAL RECIPE OF SPRITZ BIANCO

I’m going to shock you again! The most popular Venetian spritz is not the Spritz Liscio, not even the Campari or Aperol. The most popular Spritz in Venice is the Spritz Select!
The Select is a bitter aperitive drink with more than a hundred years of history! The Pilla brothers created Select in 1920. The liquor is made with a mix of 30 different herbs, berries and roots, but its recipe is still a secret.

Times went one and something changed.
The production of Select is longer happening in the lagoon after the company was bought by the Montenegro group in the beginning of the 50’s. The recipe and the label have been recently changed. The new bottle is very stylish. However, the taste could bave been left as it was instead of making it more similar to its number-one rival: Campari. I can confidently state that Spritz Select is still the top choice for most of Venetians.

THE ORIGINAL RECIPE OF SPRITZ SELECT

Find below the official recipe of Spritz Select as shared on selectaperitivo.com 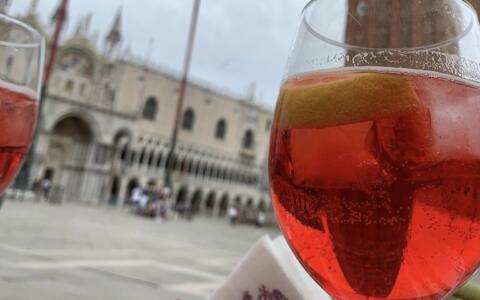 A quite bizarre event was the ban of the Select wanted by the Italian dictator Benito Mussolini. At that time the regime imposed the autarchy and by consequence the block of all imports from abroad. Even if the Select was entirely produced in Italy, there were protests in all the country coz of its name: it sounded too anglophonic!

In 1935 the Select was officially banned. The interdiction only ended when the Pilla bros clarified that the name of their product was not English at all. It was simply the acronym of “Stabilimento Enologico Liquori E Cremore Tartaro”. Still nowadays nobody knows if this was the real meaning of the acronym or just a smart way out from the censorship.

The Aperol spritz is surely the most famous and the only one you can find in any cocktail bar around the globe. This liquor was originally born in Padua one year before the select (1919) and it was invented by the Barbieri brothers. Aperol was bought in 2003 by Campari group and from that moment, with a strong marketing campaign, it has become the most popular aperitivo cocktail.

THE ORIGINAL RECIPE OF APEROL SPRITZ 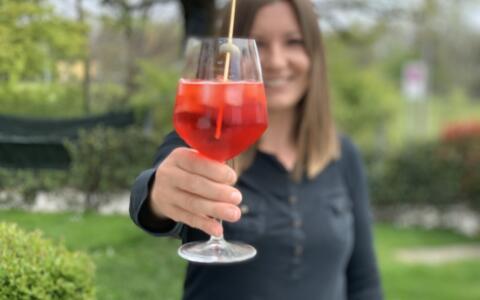 Another very popular and worldwide renowned spritz is the Spritz Campari or Campari spritz. This is the most beloved spritz by those who prefer a bitter taste. Have you ever heard of the Cynar Spritz? it is made with a local artichoke-flavored liquor. My favorite one! Some people only drink the China spritz which is made with the bark of China Calissaia and different herbs.

THE ORIGINAL RECIPE OF CAMPARI SPRITZ

The spritz is just one of the many Italian foods and drinks affected by globalization and mass marketing. The authenticity of each Italian recipe still remains rooted to a specific region. This is why I highly recommend you join a food & wine tour in Italy. During the Venice tours I unveil the secrets of Italian cuisine and remove all stereotyped expectations you might have. Nobody teaches here at Streaty, We simply enjoy sharing 🙂
Now stop reading mate, come drink with us in Venice! 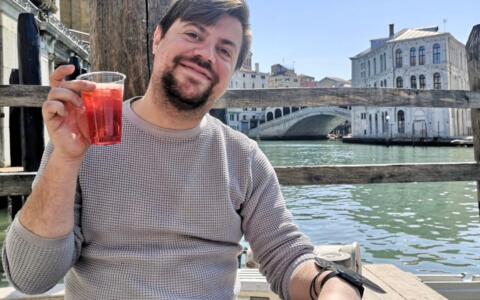