Don’t panic, listen to the experts

Experts have clearly stated that this epidemic is not a Black Plague but a tough form of flu that can rarely cause severe pneumonia and death. However, the mortality rate of the Covid19 is very low. So, it is not a plague epidemic.

The main question that have led the governments to adopt very strict preventive measures is that there is no a scientifically demonstrated cure to covid19 nor a vaccine.

“Dead with” or “dead by” coronavirus? Read numbers.

Italy has in total 50.000 citizens tested positive to the virus (0,8% of National population). The mortality rate is at 12%. However, we need to make an important clarification when reading these numbers. Authorities make a distinction between a death occurred “with the co-action” of the coronavirus and the death “caused by” the coronavirus. Indeed, out of the 50K Italians infected by the virus only 45 (0,8%) were in healthy conditions prior the infection. These are the deaths caused by the coronavirus. The 99,2% of patients were already affected by two or more other healthy situations (eg. diabetes, dementia, cancer, stroke).  The latter are deaths caused “with” the contribution of the coronavirus. So, what plays a crucial role in fighting the covid19 is the strength of patients’ immune system. People at high risk are in their elderly age (especially over 80). Data source: (Italian Ministry of Health) http://www.salute.gov.it/nuovocoronavirus

Why so many cases and losses in Italy

The reason why Italy has already counted more COVID19 infections and victims than other European countries are two. 1) Italy responded promptly to the epidemic by testing many more citizens than other countries have done so far. Italian numbers are higher because Italy have a longer history of statistics and records 2) Italian authorities count in the covid19 death toll not only the patients who had checked in the hospitals in healthy conditions (48 – 0,8%) but also all those patients who were already affected by other diseases like cancer, diabetes, stroke, dementia (6028 – 99,2%), whereas other countries are not counting the latter group. 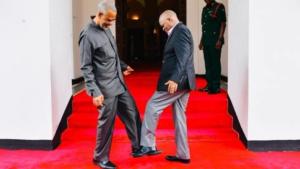 Experts recommend: 1) wash your hands carefully several times during the day; 2) avoid hand shaking, kisses and hugs; 3) use gloves and masks in indoor crowded locations; 4) how cool is the new foot shaking??? 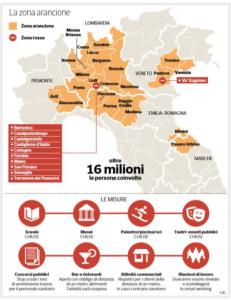 The Italian government has detected so-called orange zones and red zones. The red zones are the areas where the highest number of infections have been reported. These are considered high risk areas and the movement of people is interdicted. As for the orange zones, the Italian government has released a list of strict rules in order to control the movement of people within its borders. The orange zones are: the region of Lombardia (Milan), the province of Modena, Parma, Piacenza, Reggio Emilia, Rimini, Pesaro e Urbino, Venezia, Padova, Treviso, Asti, Vercelli, Novara, Verbano Cusio Ossola e Alessandria. Sicily is currently considered a low risk, however, if you are flying in from other Italian airports, you might be checked with temperature lasers…more or less like Star Wars swords! smiling is important, keep doing it 🙂

The Prime Minister of Italy announced that the same restrictions previously adopted for the red zones of north of Italy are now applied in all the Italian territories. The principle of this decree is to discourage people from gathering together. The coronavirus flu is quite air resistant and the contagion can happen easily. The authorities invited Italians to keep a safety distance with other people of 3 to 4 mt. Can you imagine Italians keeping a distance? ehehe! well, this time we have to do it. It’s our duty as citizens and most important as humans. This new preventive order will be valid until the 3rd of April. Stay tuned and keep smiling! 🙂

The number of Italians positive to the Covid19 test are 21000, which means only the 0,35% of the national population. The latest restrictions on movement of citizens and the shut down of shops were necessary measures to slow down the spreading of contagion. The decrease of number of contagions is expected to be registered on the first week of April. Stay tuned, Stay positive, Stay Streaty.

Number of Italians positive to the test is 39000, which means 0,6% of national population. Life sucks these days 🙂 It is only allowed to leave the house to shop food or go to the pharmacy. About 50.000 Italians have been fined and sued by the authorities for violating the preventive measures. Mood starts going down…but not for us! we remain positive and we are taking advantage of this situation in order to invest in our professional education. We’ll get back stronger than before! stay hungry, stay Streaty! 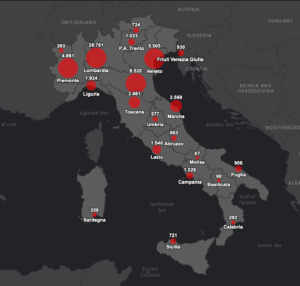 Italy now counts 50.418 citizens positive to the coronavirus test (0,8 % of national population), over the 50% in the northern region of Lombardia (28000 cases). In the past two days the contagion increase remain stable (3500k per day) which could be a sign of proximity to the peak. After a peak you have the decrease. At this point there is one thing we feel confident to state: the preventive measure are working. It isn’t easy to stay locked home though all essential services (food supply, pharmacies, public transportation) are still guaranteed.